The Drug to End All Drugs 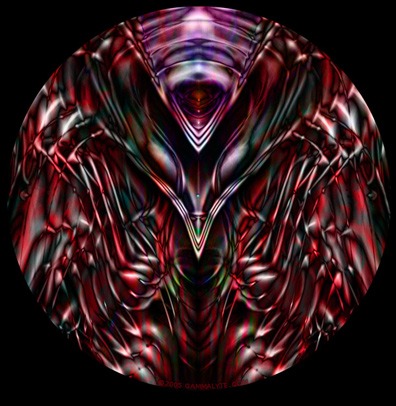 Addicts may get new lives, as clinical studies of exotic,
controversial ibogaine are set to resume

If all goes according to plan, a select group of cocaine addicts could be lining up in Miami this April for a chance to get quickly and painlessly clean.

Now that University of Miami neurologist Deborah Mash has the cash needed to resume clinical studies of ibogaine—the drug that could be the best anti-drug the CIA never told you about—there’s new hope for hard-core drug addicts and alcoholics. She got the go-ahead from the Food and Drug Administration 10 years ago, but after negative reviews by other scientists, the National Institute on Drug Abuse refused to fund her.

For a decade it seemed that ibogaine trials would be relegated to offshore clinics, but a few weeks ago an anonymous, private donor stepped in to save the day. Mash won’t say how much he or she gave, only that it’s enough cash to get started again.

Ibogaine has a history made for Hollywood. Stories about its origins and powers abound, as do juicy rumors of a conspiracy that some believe has been keeping it out of U.S. treatment centers. The legend begins with powder made from the root of a flowering shrub. Iboga grows in the rain forests of West Africa, where traditional game hunters use it to maintain perfect stillness for hours on end as they wait for prey.

Fast-forward to ’60s New York, where college student and self-described recreational heroin user Howard Lotsof gets freebie capsules of ibogaine from a chemist friend cleaning out his freezer. Lotsof takes one for the hell of it. To his amazement, when he comes down his brain is washed clean of desire for any drug whatsoever. He hands out capsules to friends and soon realizes he is sitting on a gold mine.

Twenty years later, Lotsof takes out a series of patents for potential future uses. The U.S. Drug Enforcement Administration bans the hallucinogen, so Lotsof hooks up with fellow enthusiasts in the Netherlands and introduces the drug to people who want to get clean. He reports many successes: Patients detox in a matter of days, without painful withdrawal symptoms. And then there’s the bonus: one last high. The approximately 48 hours under iboga’s spell are spent in a dream-like state (or nightmarish state, depending on the individual). Afterwards, many say they have greater insight into their problems.

The results are impressive enough to turn the head of respected neurologist Deborah Mash, and the University of Miami enters into an agreement with Lotsof: He supplies the ibogaine, she’ll do the science. In the early ’90s, Mash persuades the FDA to approve her proposal for studies on human subjects. Getting permission is one thing, but getting the cash is another. Trouble starts when a fellow researcher from Johns Hopkins says his studies show that ibogaine causes brain damage. A couple of years later an independent review committee from the National Institute on Drug Addiction concludes that the drug is too dangerous to try on people. In the end, Mash loses her chance for government funding.

At the same time, Lotsof and Mash’s business relationship disintegrates. A female heroin addict dies at Lotsof’s center in the Netherlands. Progress is further bogged down by disputes over patents. Yet these setbacks do nothing to inhibit the proliferation of makeshift ibogaine treatment centers—sometimes not much more than hotel rooms—in Europe and elsewhere.

Mash gets scared when she realizes how many non-doctors are administering the drug in questionable settings. With private investors, she opens a clinic in St. Kitts where patients pay around $10,000 to get clean with ibogaine.

Back in the States, conspiracy theories multiply. Why did the National Institute on Drug Abuse really withdraw support? Was it just-say-no paranoia about an exotic cure that also brings visions and insight? Ibogaine true-believers go further, suggesting that the answer lies in the perpetuation of the prison-industrial complex. People like Dimitri Mugianis, a self-described “addict self-determinationist,” contend that ibogaine works well enough to put prisons out of business.

But it isn’t just independent “self-helpers” and the Bleecker Street Yippies who are willing to consider that something other than pure intentions are behind the withdrawal of public funding. Bill O’Reilly gave Lotsof a sympathetic ear on Fox when the addict-cum-advocate suggested that the National Institute on Drug Abuse is not very interested in a single-dose cure all. Primarily, Lotsof contends, the bloated government bureaucracy wants more of the same. More addicts, more allocations for studies of treatments that might work one day, more federal millions to divvy up.

“People can make any kind of assertion that they’d like, but we are constrained by the truth,” says Frank Vocci of the NIDA’s Medications Development Division. “We’d love to find a cure for drug abuse. Then we could move on to something else.”

Yet the cynical take was bolstered by the work a decade ago of a television reporter in upstate New York. Rochester’s Al White did a three-part investigative special on the CIA’s relationship with ibogaine. He discovered documents in 1994 that show the CIA sponsored secret clinical studies on ibogaine’s effect on drug addicts in the ’50s. What the scientists at the Federal Narcotics Hospital in Kentucky concluded is anyone’s guess, since the actual findings haven’t resurfaced. But White, who now lives in North Carolina, tells the Voice that he has no doubt the CIA concluded that it works. “What makes me mad,” he says, “is to think of all the crime and misery that could have been prevented but wasn’t.”

That there seems to have been a government attempt to suppress ibogaine is not of much interest to Mash. Actually, she’ll have none of it. “That’s a bunch of crap from the underground,” she says. “They’re a bunch of conspiracy yokels!”

The real money for drug development doesn’t come from the government anyway, notes Mash. It comes from the pharmaceutical industry. If the right corporate partner materializes, and if the clinical trials run smoothly, she says, a safe and effective drug derived from the drug-to-end-all-drugs could be FDA-approved in three years.