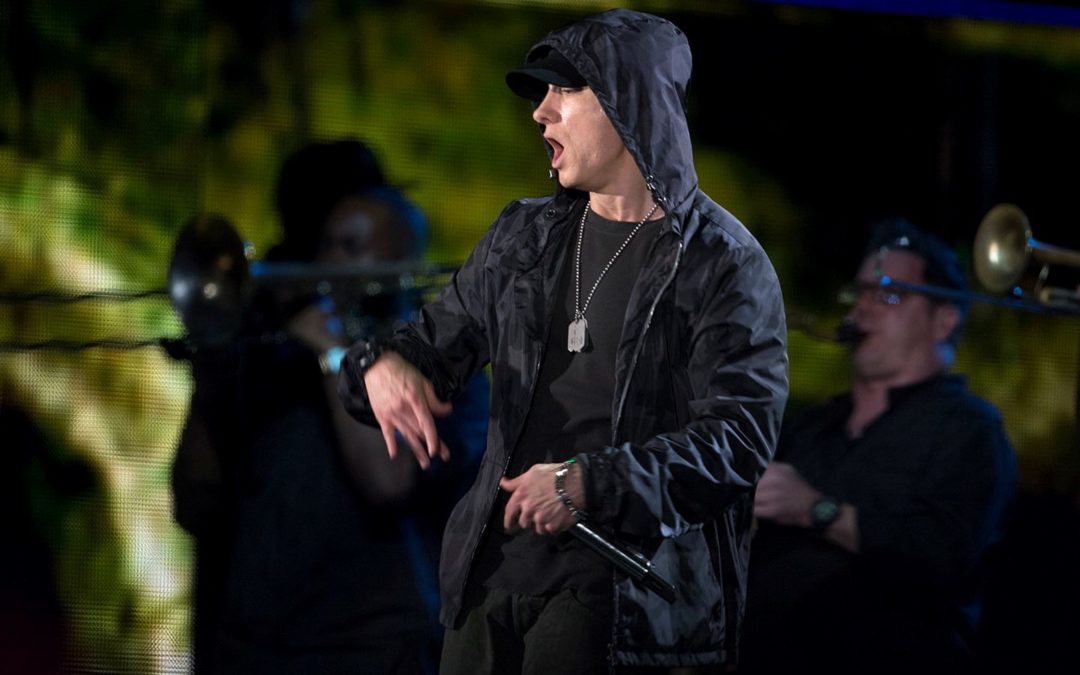 Marshall Mathers, the man you may know better as Eminem, is an inspiration to us all. On April 20th of this year, he celebrated eleven years of sobriety. Although he is not in the spotlight today as much as he once was, he is still creating and working hard to produce new music and release albums.  In fact, he came out with two brand new, full-length albums in 2018, as well as a re-issue of his debut album, the Slim Shady EP, on the occasion of the twentieth anniversary of its initial release this year, and has more exciting, upcoming projects in the works. Although Eminem did not have an easy childhood, he overcame many obstacles to become one of the most well known rappers and songwriters of all time. His struggles with drugs nearly killed him, but he rose up from rock bottom and has continued to impress and amaze ever since.

Marshall Mathers was born in Missouri in 1972 to two parents, but his father soon left the family and moved to California.  Young Marshall and his mother and siblings frequently moved back and forth from Missouri to Michigan and often stayed with family members, rather than having a place of their own. Eventually, the family settled in the Detroit area.  Mathers and his mother did not get along well, and frequently fought with one another. As a teen, he worked several jobs to help the family survive, and he dropped out of high school at age seventeen without graduating.

Also in his teens, Mathers became interested in rap music and began freestyle rapping with his friends. He began to participate in rap battles in Detroit’s hip hop club scene and gained some notoriety in doing so. Eventually, he met his wife Kim, and they had a baby girl that they named Hailie,  Soon, he was signed to a small record label with which he released his first album, Infinite, which unfortunately was a total failure.

During this time Mathers was using drugs and alcohol regularly to escape from his problems including struggles with his music career, and difficulty supporting his young family. He became angrier in time, and that began to show in his music. This worked well for his career, though; he created his alter ego, Slim Shady, and through him he was able to rap about topics such as violence and drug use, and soon released his debut EP of the same name.  After participating in the 1997 Rap Olympics in Los Angeles and doing well, his EP made its way to the CEO of Interscope Records, and the rest, as they say is history.  After signing with Interscope and releasing the Slim Shady LP in 1999, he took the world by storm and became a household name rather quickly.

Over the next half decade, Eminem released several albums, including some of his most famous like The Marshall Mathers LP and The Eminiem Show, followed by Encore,.  The stresses of creating these albums and of his success, in addition to the production of his feature film 8 Mile, soon lead to heavy prescription drug use.  Although he first tried to get clean in 2002, his use of Vicodin, Ambien, and Valium continued to increase.  He initially took these drugs to combat his insomnia, but over time, he found himself taking large quantities of pills each day just to feel normal.  At first, he didn’t think he was an addict because the drugs he was using were prescription, but when he was taking twenty or more pills a day, he began to see that he had a problem.  He took a break from music at this point, and it was possible that the world would never hear from him again.

Eventually and sadly, it all came to a head in 2007 when Eminem was hospitalized due to an overdose of methadone. He began using methadone because he thought it was safer than the pills he was taking, but obviously that was not the case. The doctors said he was close to death when he was checked in, and as a result of his hospitalization he missed Christmas with his children. Soon, he checked himself out of the hospital and continued to use.

Time for a Change

Finally, Marshall Mathers took control of his own life and decided to make a change.  Ultimately, it was his children that drove his desire and fire for recovery. He began by self-detoxing at home, followed by attendance at group meetings at a church; however, he switched to more private care after being hounded for autographs outside twelve step meetings.  He then worked one-on-one with an addiction counselor and began a running regimen. During this time, old friend Elton John reached out and offered regular support.

Since then, he has continued to write and produce music and has released more albums in recovery than he did when he was using. His 2009 LP, Relapse, and its 2010 follow-up, Recovery, include a lot of content on the topic of addiction and sobriety.  He released a memoir in 2008, The Way I Am, which included reflection upon his drug use, poverty, depression, and other struggles.  Eminem continues to write and record music, make public appearances, release albums, produce films, and more, all while being a good father to his children.

The fact that this legend and superstar recognized his addiction, addressed it, and continued to move forward successfully on his goals and on his life in general is inspiring to all who struggle.  It is possible to recover.  Marshall Mathers is living proof.  Congratulations, Eminem, on eleven years clean and sober and free from the grips of addiction.

At Clear Sky Recovery, we would love to help you break free of your addiction and to walk with you on the first steps to a new and healthy life.  At our facility in Cancun, Mexico, our ibogaine detox treatment will help you to get to the root of your addiction, discover more about yourself, and aid you in finding the strength and answers you need to become drug free. Please call us today for more information.  We are standing by to answer your questions.