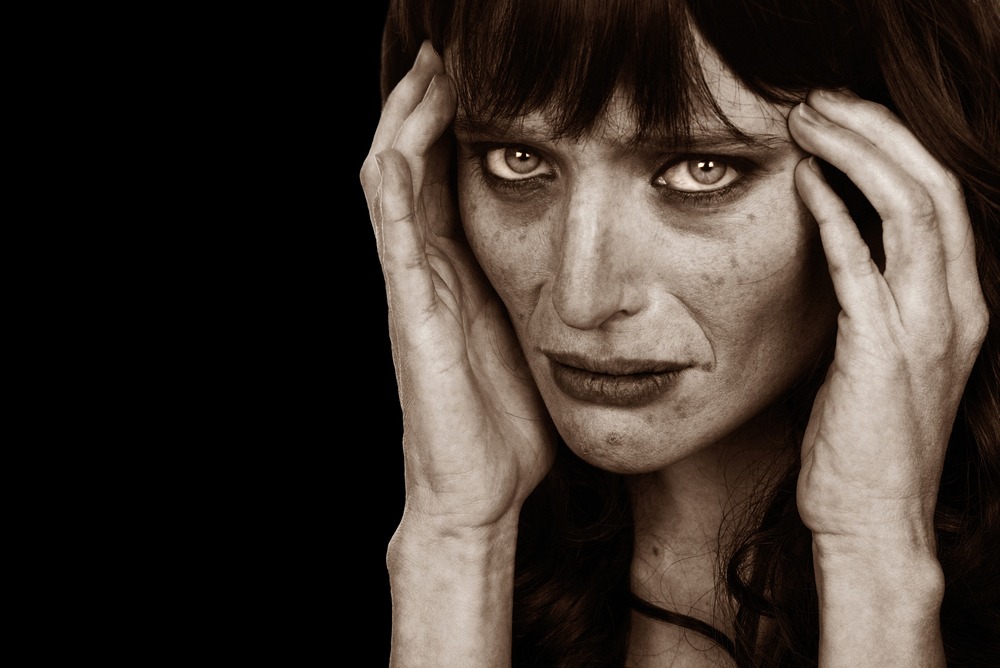 Methamphetamine, or meth, is one of those drugs that takes a toll externally as well as internally. Like most drugs, meth has several negative side effects, such as anxiety or depression, insomnia, negativity or hopelessness, headaches, limited appetite, fatigue, and jaw pain or weakness, all of which may be experienced during the drug’s comedown period.

Meth is an incredibly powerful drug. It is a stimulant drug, and it can come in pill, rock or powdered form. It can be swallowed, snorted, smoked, or injected; its slang terms include speed, crystal meth, and ice. The high from meth comes on quickly and intensely, but that burst of good feeling can disappear relatively quickly. That often leads to people to consume meth in binges that can last up to days at a time. With chronic and constant meth abuse, people may experience mood swings, violent tendencies, hallucinations, paranoia, psychotic breaks, and impaired cognitive function. However, the ravages of this drug are also plainly visible on a user, due to meth’s effects on skin and teeth. This usually takes the form of decaying teeth and skin lesions or infections commonly known as meth sores—taken together, they are often referred to as meth mouth.

Why Does Meth Cause Mouth Sores?

There are several factors that can trigger meth mouth sores. The chemicals in the drug can irritate the skin and cause ulcers on the lips, as well as the tongue. Even worse, there is a psychological aspect behind the formation of meth sores. The drug’s effect on the brain is so potent that users may believe there are insects—called meth bugs or crank bugs—crawling under their skin. To stop the pervasive itching feeling from these phantom bugs, people will claw, pick, and scratch at their skin, resulting in the sores. These sores can be open wounds that bleed, or they can look like pockmarks or bug bites. Compounding the problem is the fact that meth limits blood flow by tightening the blood vessels, which means a longer healing process and the development of lasting meth scars.

The problem with meth sores isn’t limited to their unsightly scars. Often, the sores can lead to infections of the skin’s soft tissues caused by the bacterial pathogen Methicillin-resistant Staphylococcus aureus (MRSA). The probability of infection is even greater for meth users who don’t practice good hygiene, or don’t have regular access to soap and water to stay clean. MRSA can be spread to other people who come in contact with an infected person, and it can also turn meth face sores into abscesses that require medical intervention and possibly hospitalization.

Meth sores aren’t restricted to the face. Users can take meth in many ways, one of which is injecting the drug. Infection of the skin, or the soft tissues underneath, is a common hazard for people who inject drugs—about one-third of intravenous drug users report these infections. The risk is even higher when there are repeated injections at the same part of the body, such as the arm, where infections can turn into abscesses or lead to other issues such as lymphedema (swelling) or venous sclerosis, which prevents blood from flowing properly. (Plus, drug injection puts users at higher risk for communicable diseases such as HIV and hepatitis.)

Vigilance is required to prevent an infection from developing into a full-blown meth sore. There are certain precautions that can be taken by intravenous meth users—such as cleaning the injection site on the skin with water and soap before shooting up—that may lower the risk of infection. It also helps greatly to treat a sore as soon as it appears on the skin, and not waiting until it gets so bad that it requires hospitalization. Cleaning the spot and applying an over-the-counter ointment may be helpful in treating the infection, or visiting a doctor’s office can help someone obtain a prescription for cream to treat the wound. Meth mouth sores can be especially painful and may require a trip to the dentist for treatment.

Unfortunately, many meth users avoid medical treatment for one of many reasons—perhaps they are financially unable to cover the costs of a doctor visit, they live on the street, or they don’t want their meth habit discovered, among other issues. In some cases, people may try to get an illegal prescription for antibiotics, but that comes with its own set of risks. For instance, the wrong type of antibiotic may not heal a meth sore at all and may even exacerbate the infection. A person taking illegal antibiotics may also develop a resistance to the medication, which would leave them more susceptible to serious, hard-to-treat infections in the future.

Meth takes a tremendous toll on a user’s physical appearance. In addition to meth scars, the skin looks weathered and dried out, which heightens the appearance of lines and wrinkles. If blood can’t flow to the skin because of blood vessel damage, the complexion can sag and lose its vitality. Meth mouth can make matters worse, with rotting, broken teeth contributing to a haggard appearance. Overall, meth effects on the skin are destructive, long-lasting, and carry possible complications for a person’s overall health.

Meth sores are just one of many painful effects of this drug’s use. If you are struggling with methamphetamine abuse or addiction, get help as soon as possible. Our ibogaine clinic offers an innovative program centered around medically based ibogaine treatment. Our facility is state of the art and staffed by a team of medical professionals dedicated to patient success. Treatment protocols are tailored to each patient and include rapid detox from methamphetamine and several addictive drugs. Clear Sky Recovery is a safe and secure place where patients can focus on healing. If you need help, contact us today.