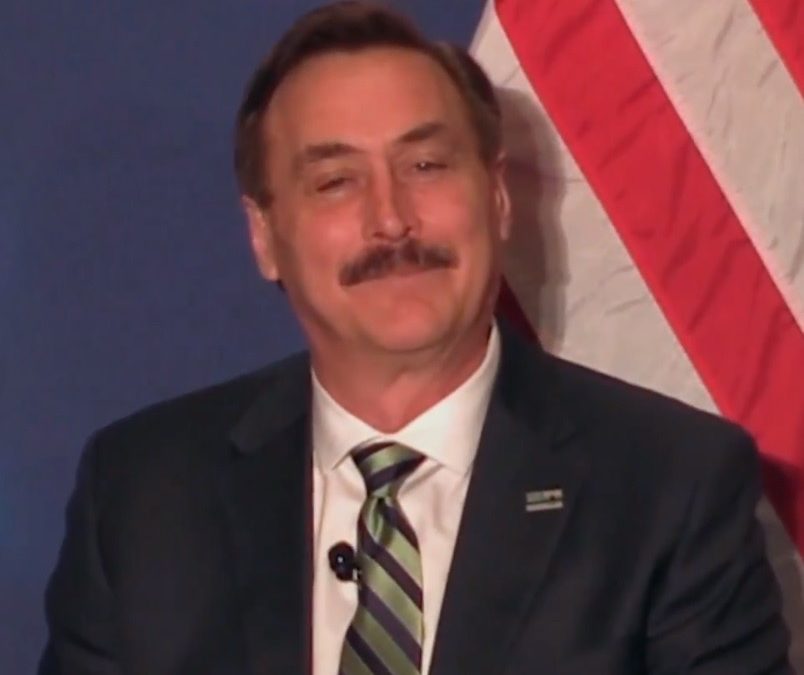 You’ve likely seen the television advertisements for MyPillow. Maybe you have even bought one and sleep on one every night. These special pillows are advertised as above and beyond the average pillow. Company founder, owner, and operator Mike Lindell tells viewers that the pillows he has designed, produced, and marketed are guaranteed to be “the most comfortable pillow you’ll ever own.”

Mike Lindell appears in all of MyPillow’s commercials, and after many years, he has become a very recognizable spokesman. In his commercials, he tells potential customers that he designed MyPillow after years of being literally sick and tired; his old pillows would go flat in the night and he would wake up with back and neck pain that would cause him to feel uncomfortable all day long.

That’s an experience that almost everyone understands. MyPillow advertisements have been effective enough to sell over thirty million pillows, and Mike Lindell has become a multimillionaire as a result.

When we invite television personalities – even people only famous due to commercials for a product – in our living rooms, we feel like we know them personally.

However, there’s so much we don’t know about them, too.

For example, did you know that Mike Lindell, founder and CEO of MyPillow, was addicted to drugs for forty years?

It’s true! Read on to learn about how this man went from cocaine and crack addict to an extremely successful entrepreneur.  His tale is an inspiration to all.

Michael James Lindell was born in Minnesota in 1961. He grew up and attended high school in Carvery County.

During high school, Lindell began drinking alcohol and using drugs including cocaine. In an interview, he stated that this was his response to his parents’ divorce – uncommon among his friends and peers – and his feelings of shyness. He felt that the drugs and drinking helped him to overcome his feelings of sadness and isolation and that they helped him to make friends and to feel more popular.

After dropping out of the University of Minnesota after just one quarter, he remained in the area and began his career. Lindell was an entrepreneur all along; before he invented MyPillow, he founded and operated a number of different businesses including a pig farm, bars, restaurants, food trucks, and a carpet cleaning service.

During the 1980s, he got married and bought a house. However, his drinking and drug use continued to increase, and in the 1990s, his wife filed for divorce after twenty years of marriage. He also lost his house due to foreclosure. Lindell’s life was not what he hoped or dreamed, but he continued to use drugs and drink heavily, and soon, he began to use crack cocaine as well.

In 2004, Lindell came up with the idea for MyPillow. The idea came to him in a dream. This pillow was special and unique because the fill material, patented by Lindell, interlocks and adjusts to the user’s individual body and sleeping position. He found that when he used MyPillow himself, he fell asleep faster and stayed asleep longer, and when he woke up, he felt rested and he no longer experienced ongoing pain.

Lindell gave pillows to friends and family and his invention was a big hit.  Soon he was on the road promoting his pillow at trade shows and state fairs. More and more people were discovering his product and his success grew and grew.

However, Lindell was still using drugs and his addiction to crack cocaine was worse than ever before. By 2008, even his dealers knew his problem was out of control. Three of them got together and did something completely unexpected and decided to cut him off for his own health and safety. This initial intervention didn’t work, but Lindell realized his problem was immense and that it was time to stop.

Lindell’s recovery story is so uncommon that it is almost unbelievable, but every person’s path is different. On January 16, 2009, Lindell decided it was time to stop using drugs and alcohol. MyPillow was growing in popularity and he knew that if he wanted to realize his full potential for success with this product, he would need to get clean and sober and stay that way. He knew he couldn’t wait any longer.

He decided to pray. He prayed and asked God to take away his addiction to drugs once and for all, and then he went to sleep.

Lindell said his call was answered. The next day when he awakened, he had no desire to use and has not touched any drugs or alcoholic beverages since.

Since 2009, MyPillow has become even more successful. Today it is perhaps the best selling pillow of all time, and Lindell – a former crack addict –  is worth $330 million. He wrote a book about his struggles and successes entitled What Are the Odds? From Crack Addict to CEO which came out in December 2019.

Lindell created the Christian-based  Lindell Foundation in 2017 to help addicts and MyPillow employees. The first project it worked on was helping victims of Hurricane Harvey but today it aims to help people with any personal problem including addiction, marital problems, and diseases like cancer and others. It also offers aid to veterans.

The Lindell Recovery Network then became a branch of the Lindell Foundation. Lindell’s goal in creating this network was to bring hope, recovery, and mentorship to people struggling with addiction.

The fall and rise of Mike Lindell is an inspiration to anyone who struggles with addiction. Not only does his success story show that people can recover from addiction to alcohol and other drugs, but that some people who recover can go on to experience success beyond their wildest dreams.  Although Lindell’s recovery story makes breaking free from addiction sound far easier than it is for most, it does show that anything is possible and that addiction recovery all starts with a decision and a willingness to change.

Our iboga clinic would love to help you to take the first steps on your journey to recovery from addiction at our facility in Cancun, Mexico.  Our staff is experienced and professional, and our ibogaine detox treatment is innovative and effective.  Please call us today to find out more about our facility and treatment options.  We look forward to hearing from you.