What is Kratom? Benefits and Withdrawal Symptoms 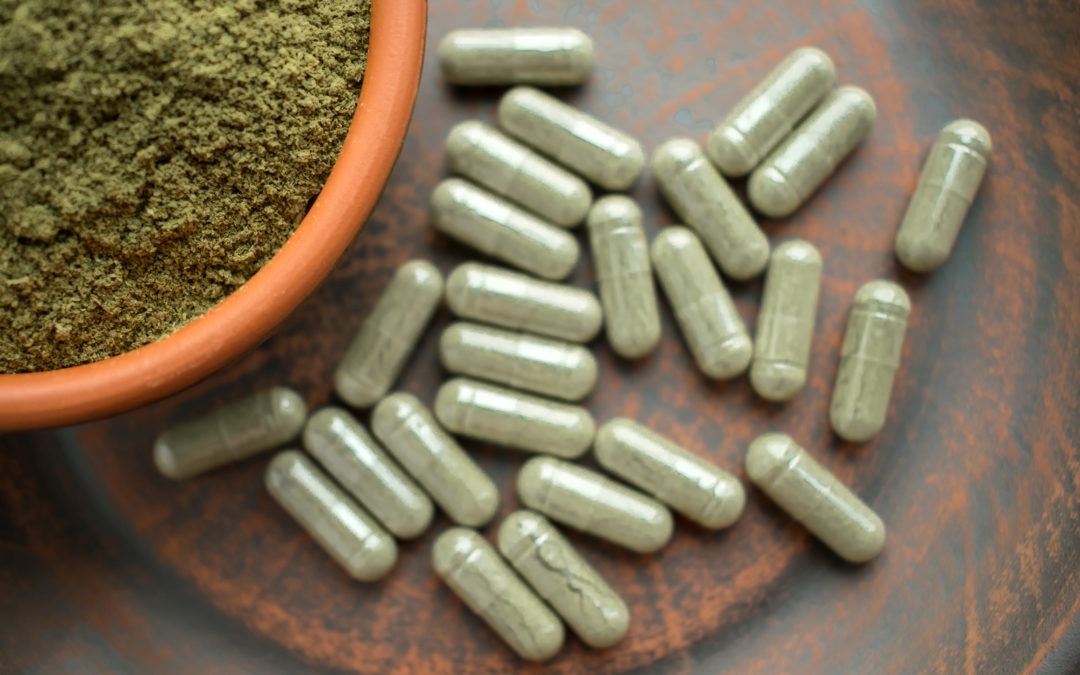 Just a few years ago, hardly anyone had heard of kratom, and although many people still have never heard of this substance, it is becoming better known and is appearing in the media nationwide. Why? Well, some people consider it a natural miracle drug and sing its praises for its ability to treat pain, inspire focus, and lessen the negative side effects of opiate withdrawal. On the other hand, some report negative experiences up to and including death, and as a result, some people are calling for it to be added to the federal list of Schedule I Controlled Substances. So what is it, then? Is kratom good, or is it bad? Read on to find out more about this substance and to form your own opinion about whether or not kratom is right for you.

Kratom is a brownish, greenish powder made from the leaves of the mitragyne speciosa tree, a tropical evergreen tree that is native to Southeast Asia. This plant, which is a member of the coffee family, is indigenous to Thailand, Indonesia, Myanmar, and Papua New Guinea specifically. It has been used in traditional medicine in that region since at least the 1800s for conditions such as coughs, diarrhea, and intestinal infections, as an anesthetic, and in the areas of mood and sexual enhancement. In most cases, it is ingested orally, and because of its intensely bitter taste, it is usually combined with a sweetener. Once eaten, its effects begin in five to ten minutes and last for between two and five hours.

It is interesting and difficult to classify because it has properties of both opioids and stimulants. These two types of drugs seem to be polar opposites, so it is confusing to imagine that something can be a pain reliever and a stimulant at the same time. Unfortunately, there has been little research on kratom, and the research that does exist is of poor quality and is rarely peer-reviewed. However, despite the limited scientific investigation into this substance and its possible benefits, the Food and Drug Administration announced in February of this year that there is no evidence that kratom is effective for anything, and it is unsafe.

Many users, however, would beg to differ. People in the United States and other countries similar to ours are using kratom to self-treat various ailments – chronic pain and to treat opiate withdrawal in particular. Other people use it recreationally. Kratom is a controlled substance in sixteen countries and is banned in six states (AL, AR, IN, TN, VT, & WI), and in the District of Columbia, but there is no federal law outlawing it or even regulating it currently. In 2016, the United States federal government did move to list it as a controlled substance, but public outcry – including some congressional support – has kept it legal for now, at least.

Proponents of kratom claim that it has a wide variety of medical uses, and many feel very strongly that using kratom has changed their lives. There are countless first-hand accounts by people who have been helped by kratom, and these people want to see it remain legal for consumption by the public without a doctor’s prescription or interference. The conditions kratom can help with are numerous and varied.

Sounds like a miracle substance, doesn’t it? All of these benefits are clearly amazing, and it seems that there may be some excellent medical applications for kratom. However, there has been little research on the effectiveness or safety of its use at this point, and that is where the potential danger lies.

Fears and Concerns About Kratom

Although there seem to be many benefits to using kratom, there are also many apparent risks, although most reports suggest that the worst of the negative side effects are usually due to taking too much. A small dose of kratom is usually in the range of one to five grams, and a medium dose is between five and ten grams. In most cases, kratom only becomes dangerous when an individual ingests fifteen grams or more at one time.

The negative effects can be extremely negative – in some cases, deaths have even been reported. When the FDA was moving to regulate kratom, it said it was aware of thirty-six deaths in the United States involving it. However, later reports suggested that these deaths were actually due to other things such as suicide or deep vein thrombosis, and that kratom being in the deceased’s system may have been irrelevant. However, other countries that have outlawed kratom also believe it to be deadly, although most research indicates that even in foreign cases, the deaths usually occurred when kratom was mixed with opioids.

However, taking large dosed of kratom can result in some confirmed conditions including nausea, vomiting, and constipation. Individuals who are severely effected by its ingestion could experience respiratory depression, seizure, and psychosis. Doctors have reported users presenting with high heart rate, high blood pressure, and difficulty sleeping, as well.

Further, there are some indications that kratom itself may be addictive, since users often report some withdrawal symptoms when stopping use.

How Long Does Kratom Withdrawal Last?

Kratom contains alkaloid chemicals that generally leave the body within about six days. Meanwhile, kratom withdrawal symptoms usually reach their peak within four to six days of use, and the entire withdrawal period concludes within about 10 days.

The intermediary stage of kratom withdrawal begins after day seven and runs until day 10. At this point, a person experiences mild withdrawal symptoms, such as fatigue, muscle cramps, and cravings.

For those dealing with kratom withdrawal symptoms, it is important to seek out expert medical support. Medical personnel are available to help individuals overcome the negative effects of kratom and other drugs. Plus, medical professionals offer comprehensive guidance to help individuals safely treat their addictive behaviors.

The kratom withdrawal timeline varies from person to person based on the following factors:

Potential kratom withdrawal complications are similar to those associated with opioid withdrawal and may include:

Kratom withdrawal symptoms are sometimes overwhelming. But if a person seeks out kratom detox during the withdrawal period, he or she can explore ways to treat his or her kratom addiction.

How to Ease Kratom Withdrawal

Detox offers a great solution to ease kratom withdrawal. It allows a person to flush kratom from his or her system. As a result, kratom detox ensures a person can take the first step to prevent long-lasting kratom withdrawal symptoms.

Kratom detox is available on both an inpatient and outpatient basis. The amount of time required to detox from kratom varies. But with the right detox plan in place, anyone can get the support that he or she needs to treat a kratom addiction.

During the evaluation stage, medical professionals perform a full patient assessment. They review a patient’s medical and psychological history, as well as perform blood tests and other examinations.

The evaluation stage allows medical professionals to analyze a patient and learn about his or her kratom addiction. Following the stage, medical personnel can provide a patient with a personalized detox plan.

The stabilization stage usually involves the use of different medications to manage kratom withdrawal. It may also require a patient to consume healthy foods to restore vitamins and nutrients in the body.

A kratom treatment is customized to a patient. The treatment allows a patient to work hand-in-hand with medical personnel to address his or her kratom addiction. It also helps a patient assess his or her addictive behaviors and prepare for an addiction-free life.

Upon successful completion of a kratom detox program, an individual possesses the skills and confidence he or she needs to overcome a kratom addiction. An individual leaves a kratom detox center with an aftercare plan to help manage his or her addictive behaviors, too.